"The only person who can truly stop you is yourself, stay determined."
– plethoratale!frisk

depends on what's in the area (later on magic)

plethora Frisk is the Protagonist in plethoraTale. They are the eighth fallen child in the Underground. when they fall they are assisted by flowey, who only helps her for his own amusement and or benefit. In Genocide route, Frisk displayed ruthless behavior and causes majority of monster kind to shake in the face of her murderous wrath.

frisk lived in a orphanage with rather rough, mean, and picky kids, they messaged with her and even each other over minor things, like money, clothes, and even hair. and speaking up for yourself usually never ends well especially when their in groups, however unlike most other frisk had a random person stand up for her sometimes, and when they got into fights she wanted to help but she wasn't a fighter. plus the person seemed to be able to take care of themselves since a lot of the other kids seemed somewhat hesitant to bother him unless he directly stood in their way. one day a few kids dared frisk to climb mt.ebott with them after hearing the tales of the lost children, eventually they discovered a hole and for whatever reason, ended pushing frisk inside of it. either if this was a mistake or not will always be unknown or left to those to guess but either way the kids assumed the fall had killed her.

After Climbing Mt. Ebott in 202X, Frisk has two decisions, fighting or sparing. Flowey warns Frisk that in this world it's 'Kill or be Killed', Trying to convince frisk that fighting is her only way in the beginning, due to flowey's more calm nature in this Au becomes rather content with her choosing a more peaceful option to get by. after frisk leaves unydnes home upon it being blown to pieces and well- those pieces being burned to ash she encounters a boy around her age named, derrick. derrick is the ninth fallen child who came in search of the missing child who lived in the same orphanage as him, that child was frisk. frisk, along with derrick will go on to attempt to make their way back to the surface, however in the end, after bringing asgore to his knee's flowey shatters asgore's soul telling frisk "your going to be stuck with me forever." after telling her this he goes on to absorb the unguarded six souls, giving derrick and frisk yet another obstacle to crush. in the end they never were able to get through the barrier, but frisk knew in her heart she wanted to stay anyway, that orphanage was horrible, derrick couldn't help but agree. so the many pacifist timelines of the two doing different things together began. Frisk is kind during the Pacifist route, trying to change everyone for the better, and making them their friend.

Frisk has two decisions, fighting or sparing until Frisk used fighting. Flowey also warns Frisk not to increase their LOVE too much, or else the monsters will be able to sense her ill intent. Frisk becomes more and more aggressive as the route progresses. derrick in the genocide route will either join her or fight against her, it depends on how it's all played out.

frisk in the cause of timeline 40 aka the many branches of the plethoraVerse continues on only to become one of the many heroes of the surface, both her and derrick face many hardships in trying to help make the surface a better place for the monster in trying to convince mankind that they are in fact trust worthy, one day her, veticus and derrick came up with the idea to host a gather for both monsters and humans to come and hang out to get to know each other which surprisingly went well until suddenly a wrecking ball had sent the dock the party was hosted on collapsing. while derrick and veticus went to go help people flee the area, frisk noticed there was a portion of the docks which were separated from the rest and slowly falling over, frisk new undyne was in the water but not even she could save all those those. frisk had formed wires, made up of her magic and linked them over to the collapsing dock to stop it and help hold it up. suddenly veticus and shawn had ran over to held, shawn had helped frisk hold the dock up and veticus used his magic to give the people a platform to cross over on. after people seeing monsters risk their lives to save them they started to ease up and trust them a tad bit more. during frisk's time on the surface she's improved her own ability and made many new friends that made her feel more comfortable around another humans again.

As in Undertale, Frisk has the power of Determination. This power allows Frisk to survive death and heal themselves when severely injured. Frisk is also usually shown to be very good with their reflexes such as when avoiding attacks.

If Frisk doesn't kill anything, Frisk is proven to have the ability to negotiate out of danger by being nice the right way.

healing others, frisk can heal others and save them form potentially fatal wounds, however the effect of the healing is very weak meaning in some if not most cases people will not be able to recover from fatal wounds without additional help.

If frisk ever needed additional speed she posses a magical ability she likes to call crimson footwork that makes her 2.5 times faster than she was previously

when fighting omega flowey frisk jumps in the way of derrick, making a bubble like shield to protect them from raining missiles, she used this defensive ability out of pure instinct due to her strong will to protect.

in the genocide run, frisk unlocks a magic ability that allows her to create a sword which can generate red explosions on impact, however after a short while the sword will vanish.

frisk also achieves an ability called beat of determination, she surrounds her hand in red magic will do nothing more than make her punches 2 times stronnger for about a minute at most, which is still plenty of time given how fast they can move.

Frisk and sans have a rather complicated relationship, starting out as friends, sans and frisk bonded as if they were family but as time progress and new timelines were made, sans gradually began to grow weary of frisk due to the his fragmented memories from his dreams and nightmares started to slowly come together. however the biggest blow was dealt during the first genocide which was during timeline 35. upon going through 4 possibilities timeline 39 is where frisk began to feel the gravity of guilt weigh down on her shoulders, however little to her knowledge timeline 40 would bring upon a infinite amount of possibilities.

Frisk and derrick didn't become friends until the events of the underground, originally they were in the same orphanage and he occasionally watched other kids pick and bully frisk over minor things like teens usually do, especially in school. he usually tried to help when they seemed to be going a little bit overboard which usually results in the issue escalating. despite standing up for frisk he's never really bothered to actually talk to her, one day he had noticed frisk had gone missing, word said that some of the kids had dared her to venture the mountain with them, with this information he headed towards the mountain in search of frisk. however due to some unfortunate events he ended up falling into the underground himself. both him and frisk had reunited in the tem village in where began to fight the trails of the underground together.

After getting to the surface derrick had made his way over to the scene to find frisk, they were separated once more once timeline 40 had struck, once derrick saw frisk on the news with a few other kids and monsters his memories came flashing back which what made him go and find her upon finding out she was on the surface again, after reuniting they had began to try and prove to mankind that monsters were not a threat but that took time. while working together, frisk and derrick had moved past the unfortunate events of T.L. 35-39 allowing their Relationship to repair itself and turn into something more.

frisk and shorei became friends when shorei had found undyne and asked her to train him, he realized how weak he was compared to other magic users and he wanted to get stronger only for himself but to also assist in the cause to help monsters improve their reputation on the surface. their bonding originally started over undyne's training but it started to grow when shorei took her and derrick out to see what the city had to offer.

frisk and astar had met in grillby's when sans had first took frisk there to get a bite to eat unaware of his sisters presence. thanks to sans they had gotten introduced to one another which is what prevented there ever being a fight between the too, however derrick wasn't fortunate enough to have this blessing.

Frisk and papyrus had met when frisk was making her way to the waterfalls, papyrus had few in her way on his bone hoverboard which he uses to get around sometimes before getting off and getting ready to 'attempt' to capture her, after a few minutes she had gained papyrus' pity, she hadn't done anything wrong and papyrus knew the feeling of being trapped way to well, so he decided to instead accompany frisk to the waterfalls since he was on a self declared break. 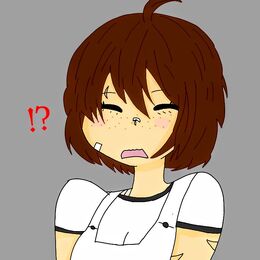 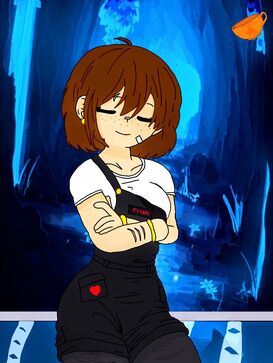 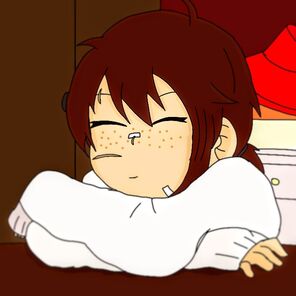