735q4e87 Wiki
Register
Don't have an account?
Sign In
Advertisement
in: Non-existent AUs, Pages without a standard infobox, AUs,
and 6 more

Despite having "Nude" in the name, it is not a NSFW version of Deltarune but rather a joke anagram.

Kris still remains the protagonist. Their Homeland appearance is the same, but they have a red shirt with one blue stripe with a white outline, based on the outfit worn by webcomic artist Christine Weston Chandler. They take on the appearance of Mettaton EX in the Dank World. Kris has a stand called Lonely Heart, after the Yes song Owner of a Lonely Heart.

Susie also stays the same, but her design is now similar to Jotaro Kujo and Dio Brando from the anime Jojo's Bizarre Adventure, in Hometown and the Dank World respectively. Susie's stand is The World, also called Walk The Dinosaur after the Was (Not Was) song. She seems to possess a stand resembling herself in the overworld.

- Alright, listen up. Lancer's my friend. If you spell icup, then this battle will end.

They replace the worm, and sometimes appear through the course of the game. In Hometown, Asriel is replaced with Flowey. In the Dank World, their palettes are edited to look like Kris, Susie, and Ralsei respectively. They're going on their own adventure.

Toriel is the same, but takes on the appearance of her 3D model from the Undertale trailer and artbook. The front of her shirt says "I bone Sans", while the back just has Sans' face on it.

Alphys also remains mostly the same, but has a cyborg eye, as she is now The Terminator.

Thanos replaces Asgore. During the hug animation, he snaps Kris-Chan out of existence before bringing them back.

- Perfectly balanced, as all things should be.

Niko from Oneshot replaces Ralsei. They are a self-proclaimed messiah, although they have no religion based around them. Their stand is named Here Comes The Sun, after the The Beatles song.

Lancer stays mostly the same, with his design tweaked to look more like Ghost Rider. His stand is Highway To Hell after the ACDC song, which is not to be confused with the Stone Ocean stand of the same name.

Bayonetta replaces Clover. She poses constantly, in reference to this comic of her and Kirby.

The Noid replaces K. Round.

Discord replaces Jevil. Their appearance is similar to Jevil's, but their head is the Discord logo, and their scarf is red and white. When they speak they make the Discord ping noise, and the voice clips are re-dubbed to say memetic phrases.

- I can ping anyone!

Lord Dominator from Wander over Yonder is now Roulxs Kaard's shop counterpart. She seems to dislike I. M. Meen.

Dr. Robotnik from the Sonic The Hedgehog series replaces The King. He takes on the appearance of his SatAM counterpart. His plan is to torrent energy from the Five Supreme Memelords to take over the world. During his battle, he spouts off the "piss on the moon" rant from Realtime Fandub

- Such simple minded fandomry? Edgy AUs are far superior to your saccharine slumber parties. Besides, this universe stinks, alphyne isn't even canon here.

The Five Supreme Memelords replace the Dark Fountain, and are made up of Shaggy, Saitama, A buff Riku, Sans, and Bill Cipher from Gravity Falls. Sans volunteered for the process. 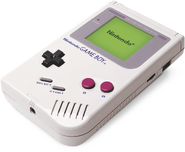