"can you feel that? my animosity?!"

Check, Talk,Ask how he feels and convince to spare

Seems to be someone worth fighting

or someone worth avoiding

Spawn!Sans has no real backstory only that he just showed up one day and proclaimed himself to be the most closest thing to how it truly feels to be one with ones self, or in his words "How it feels to be truly MAD". He doesn't stay in one spot in fact he loves to travel to see places, The Hole in his chest is meant to represent his emptiness he feels inside himself.

Spawn!Sans is a almost passive being, except for one thing...and that's that when ever anyone who isn't a sans or at least a killer one or has some form or way of defending themselves he becomes hostile to that person and won't stop attacking until the person is dead or vice versa. He doesn't do much but just stand around until he decides to move on to another spot to just kind of lotter in. He doesn't have any feelings, which could mean he's gone through some kind of process similar to that of Killer!Sans, but no one really knows what happened to him.

Animosity is Spawn's main trick and he uses it when he feels or wants to be threatening to others. it's also something that coats his body in this almost protective but vicious barrier of DT allowing him to attack without really attacking.

Animosity can go even bigger tho, allowing Spawn to than use the new found DT he's risen to than use as an attack itself, allowing him to thrust out waves of DT bullets without even moving an inch

Animosity once it has reached this level consumes Spawn giving him the strength of a full genocide human and he begins to than rampage all over his opponent. This attack is effective, but can cost him his life if used improperly.

This attack allows Spawn to use his 10 Gasters blasters as one way portals. These new versions of Gaster blaster are able to blast there opponent to the void to forever trap them there for eternity.

Hostility bone are bone that react to on skin contact, once a bone has struck skin or any kind of living force the bone will than begin to proceed to make sharp tipped bones out of itself sprouting like a deadly flower. Once the bone is full sprouted it will than shoot out the new bones in all directions and than when it hits another living being it will rinse and repeat the same effect. 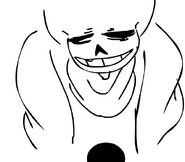 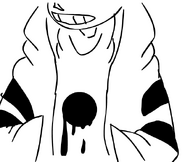 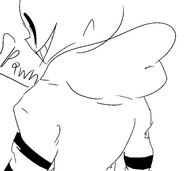 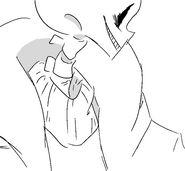