735q4e87 Wiki
Register
Don't have an account?
Sign In
Advertisement
in: Missing AUs, Articles requiring images, Pages without a standard infobox,
and 9 more

For other versions of Underswap, see Underswap (disambiguation).

To Be Added...
Swapfell is an Underfell and Underswap AU combination, the fell-ified version of Underswap (not to be confused with Fellswap, which is a swap-ified version of Underfell. This is also a community shared AU, so character designs and personalities may vary from each other. Instead of good natured monsters who don't actually want to hurt you, the monsters want to kill you. Instead of Temmie being evil, Temmie actually wants to help you escape this hell.

The characters in the AU behave like brats, they are mostly evil, they're usually yelling, and most, except for Papyrus and Temmie, are bullies. Papyrus is still slightly like the rest, but has hidden motives.

As Swapfell is the Fell-ified version of Underswap, there are several changes with the characters. They also commonly wear purple, unlike Underfell's and Fellswap's red color scheme. The Underswap characters' personalities are the opposite. 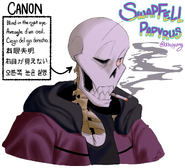 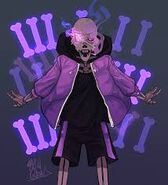 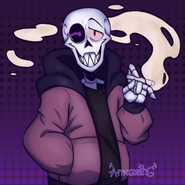 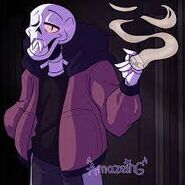 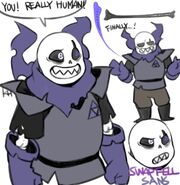 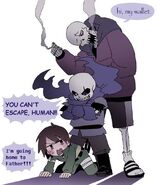